Recently some guys reported to me that copying between new server ad old ones behaves stangely – that at some point it stops at 0 bytes, for a long time and then renews.

I did some tests on my own and what found out is that not only files got stuck at some points at 0 bytes, but also seems that copy operation is being renewed (!) somehow.

I didn’t believe my own eyes – so I copied the file on  more time, but this time I was watching closely the status bar – at around 32% it started once again from 0%

END_OF_DOCUMENT_TOKEN_TO_BE_REPLACED

So today I was trying to create some RBAC roles for our IT support. All I wanted to do is to create a new RBAC role and then add some cmdlets that were missing there – it was about message tracking.

Apart from that thing I find seriously messed up is a fact that role group “Message Tracking” does not contain “Get-MessageTrace” cmdlet. 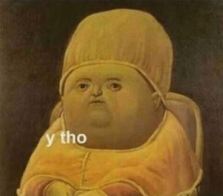 Whole story happens in Exchange Online so I tried to create am empty roleand add two needed cmdlets to it – I was not able to do it, as Exchange Online prevents from creating such empty roles – you need to specify a parent.

However, if a parent role does not contain a cmdlet you are interested in you are not able to add it.

Well, sweet… so I created a role based on a parent which contained a lot of others cmdlet and tried to remove entries using “where”, like this:

Simply – I wanted to leave only cmdlets responsible for message trace.

Here is the place I got error from the subject:

So I started to read about it, and apparently Remove-ManagementRoleEntry is not accepting pipeline in o365…

So you either need to prepare lines for each role entry in excel (for isntance using “concatenate”), or create a script, or use ready solution presented in the above blog. 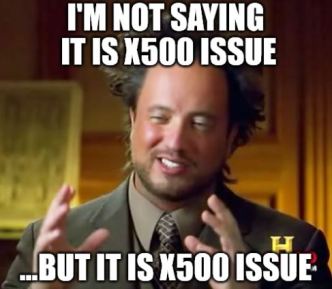 Here is a great site that explains why x500 is needed and when it is used in on-prem and hybrid scenarios:

Also, here is a little bit related subject about how to marry together a local AD account and already created o365 mailbox:

Good article about history of x500:

And some good article about x400 history: